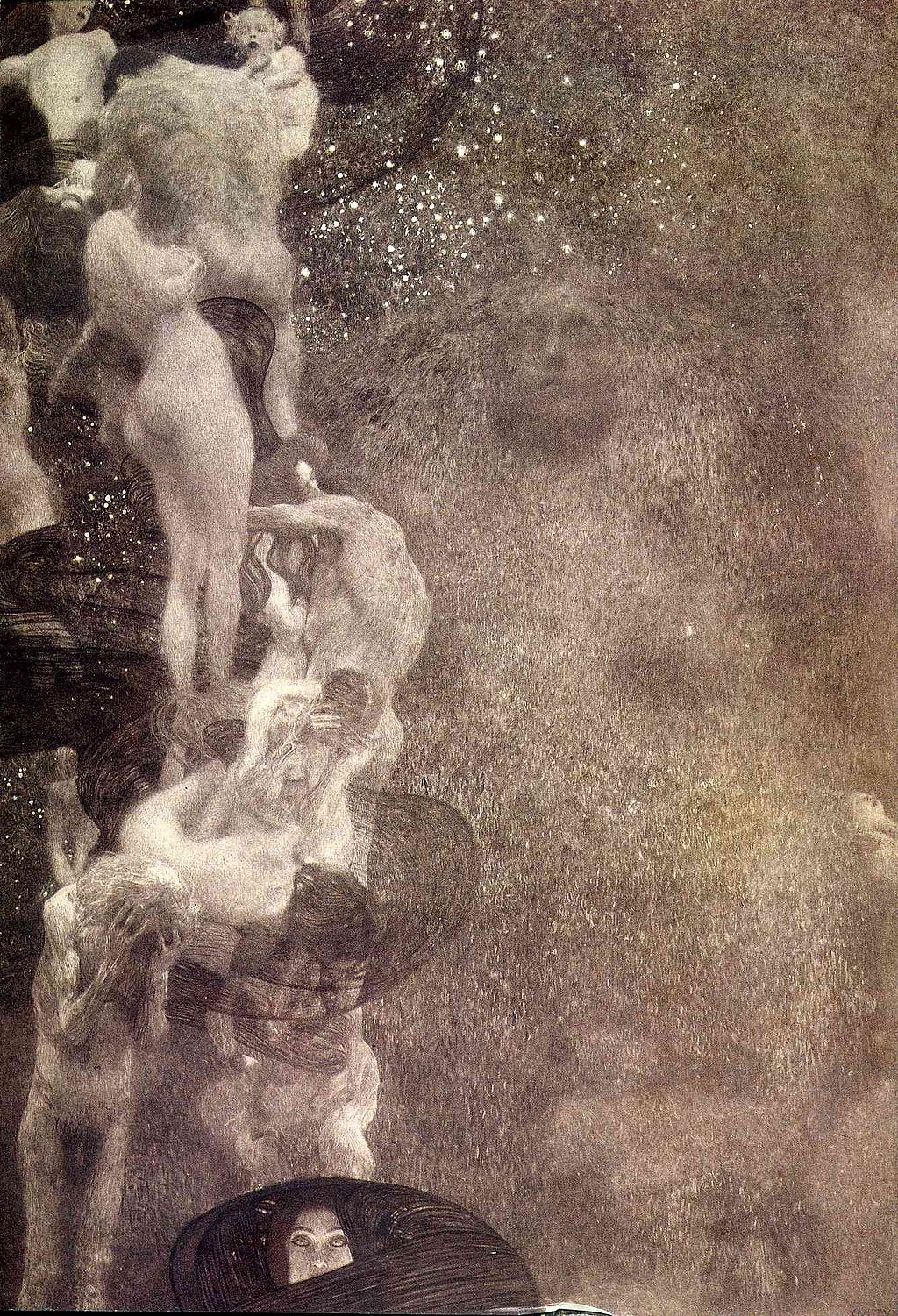 Something New – Textual: Living in Tlön – Reflection on Historical Markers

At first, I appreciated the historical markers scattered in the city of Montgomery, Alabama. But soon I found myself lost. The city may appear like a historical museum presenting history at its real location, telling a story that happened long ago but continue to influence today. However, it feels more like a labyrinth of mirror to me now.

On December 1st, 1955, Rosa Parks refused to give up her seat to a white passenger and was arrested for disobeying an Alabama law requiring black people to relinquish seats to white people when the bus is full. Her arrest sparked a 381-day boycott of the Montgomery bus system, and eventually led to the 1956 Supreme Court decision to ban segregation on public transportation.[1]More than 60 years later, I visited Montgomery trying to put myself closer to a history in which I am not a part of, and I was confused.

The first historical marker I stopped at was Rosa Louise McCauley Parks / The Bus Stop. It stood on the Court Square with a beautiful fountain in the middle. The location where the elegant fountain is now, was the stage where slave auctions were hold, families torn apart, lives and human dignity trampled to the ground. One side of the Rosa Parks marker, titled A Lady of Courage, introduced Rosa Parks. The other side, titled The Montgomery Bus Boycott, was the brief summary of Rosa Park’s incident. The first sentence wrote “At the stop on this site on December 1st, 1955, Rosa Parks boarded the bus which would transport her name into history…” However, in fact, the square where the marker stands was not the site of the bus stop.

The next day I went to another site which, according to google map, was the bus stop where Rosa Parks was arrested, but again it wasn’t. Turned out it was a bus stop where the bus boycott occurred, not where Rosa Parks disobeyed the segregation law. The site was refurbished into a museum that documented, starting from Rosa Parks, the major participants, as well as events, in the boycott.

On the last day I finally visited the location where, according to the locals, the Rosa Parks incident actually occurred. Comparing to the previous two sights, this time there was nothing but a historical marker. One side of it, tilted Rosa Parks Montgomery Bus Boycott, had the exact same words from the first historical marker. On the other side was Hank Williams Alabama Troubadour.

Looking at the last sign, I couldn’t feel myself any more engaged in this history. Instead, I felt frustrated, because it resembled the parable of nine copper coins in Tlön. The paradox goes like this,

On Tuesday, X ventures along a deserted road and loses nine copper coins. On Thursday, Y finds on the road four coins, somewhat rusted by Wednesday’s rain. On Friday, Z comes across three coins on the road. On Friday morning, X finds two coins in the corridor of his house. [The heresiarch (who offered the parable of nine copper coins) is trying to deduce from this story the reality, that is, the continuity, of the nine recovered coins.] It is absurd, he states, to suppose that four of the coins have not existed between Tuesday and Thursday, three between Tuesday and Friday afternoon, and two between Tuesday and Friday morning. It is logical to assume that they have existed, albeit in some secret way, in a manner whose understanding is concealed from men, in every moment, in all three places.

They (people in Tlon) declared that it was a verbal fallacy … contrary to the laws of strict thought — the verbs to find, and to lose entail a petitio principle, since they presuppose that the first nine coins and the second are identical… They denied the misleading detail “somewhat rusted by Wednesday’s rain,” since it assumes what must be demonstrated – the continuing existence of the four coins between Thursday and Tuesday. They explained that equality is one thing and identity another… if equality entails identity, it would have to be admitted at the same time that the nine coins are only one coin.[2]

When I was reading Borges, it seems absolutely normal to me to know that when I close my eyes everything still exists, and when I open my eyes, I see the same things. But this doesn’t seem like common sense to me anymore, since I just found myself an example of the paradox. The fact that Rosa Parks stood up against authority and protected her own dignity did happen in history, and thus one can think of it as the original nine coins (here I presuppose that the nine coins continue to exist, as in the paradox). The story that the first historical marker tells is the four coins found by Y. The story hold by the museum, the second place where I visited, was the three coins that Z found. The story told by the last historical marker is the last two coins found by X. Each of these three locations, each function as a memorial of the same event and thus possesses some degree of reality. The first nine coins are the fact, and the second nine coins are the “facts” marked by the three historical signs.

However, although they all mark the same historical event, they are no longer representing an unchangeable history that should be consistent over time. First, the location changes, since the same historical event now occur at three places (at least, according to the signs). Second, the context changes. The first historical marker stands next to a Rosa Parks statue on the Court Square, that is the center of downtown Montgomery. The location shows how much emphasis people in Montgomery (or the Montgomery government) place on this excerpt of history. The second location, the museum, functions as a documentary: it presents a lot of information. The museum is more “real” and consistent with the history it marks because it preserved the two words, “White” and “Colored” on the station wall. The third sign marks a sense of vacancy: while it is very likely the actual place where the incident occurred, there was nothing there. Comparing to the importance assigned to the first sign, there is a lack of importance for the third sign. While the existence of the first nine coins is undeniable, and the fact that X lost them on a deserted road is unchangeable, one in Tlön cannot say that the second nine coins also stay the same and consistent. While the fact that Rosa Parks stood up for herself is undeniable and unchangeable, the “facts” represented by the three historical markers are changeable and are in fact different, not just different from one another but also different from the original fact.

The signs are equal in the sense that they all essentially represent the same history, but their identities are different as I have explained above. I can say that I was looking at three different signs that are the memorial of the one historical event. And if “equality entails identity,” I can say that the three signs are essentially one sign, which is of course, not true.

I remembered when I was reading the Tlön by Borges and the question that Dr. Robb asked in his email: “See if you can give your own examples to illustrate this concept [hrönir].”[3]The historical signs are hrönir. Because I don’t know when the signs are established, I cannot determine the degree of hrönir each historical sign is.[4]But the characteristic of an hrönir remains for each of the three hrönirs: they “exaggerate the flaws of the original.”[5]The flaws of the original, from my understanding, is first the de-individuation, that no one needs to be hold accountable for his or her behavior; and second, the lack in the notion of humanity, equality and freedom. Although the historical signs are paying tribute to the bravery of Rosa Parks, their lack of cautious and prudence, especially for the two historical markers that both claimed that Rosa Parks incident occurred there, is still a sign of disrespect towards this part of history.

The last thing I was thinking about is how the three signs are influencing reality. In the last part of Tlön, Borges talked about how the world became Tlön.

Captivated by its discipline, humanity forgets and goes on forgetting that it is the discipline of chess players, not of angels. Now, the conjectural “primitive language” of Tlön has found its way into the schools. Now, the teaching of its harmonious history, full of stirring episode, has obliterated the history which dominated my childhood. Now, in all memories, a fictitious past occupies the place of any other. We know nothing about it with any certainty, not even that it is false….

Then, English, French, and mere Spanish will disappear from this plant. The world will be Tlön.  [6]

What if I stopped at the Court Square and believed that Rosa Parks’s bus stop was at where the historical marker stands? What if more people believe it that this knowledge becomes a “fact,” which, in the mind of these people, will become the “truth”? The three signs are irresponsible and fallacious precisely because they are deviating the historical event, which they represent, from reality. Even though these signs are making a “new history,” the original one remains unchangeable and unchanged. What we are changing are merely the hrönirs, the duplications, and the hrönir are taken as originals. I couldn’t argue that the pragmatism of the Tlönists are right, but they may be closer to right than we are in the case of history. If we were the Tlönists, we would never take it for granted that the historical markers are actually marking the original history, and our creations would not influence our reality.

Now that I stop and think about the functions of the historical markers, the memorials, the fountains, I start to question whether their meanings. I understand that they are a reminder for people in the present day or a mark of human experience. But are they marking the original history, or a history recreated by present day people? For me they seem like a point of convergence, when the original history connects to the contemporary one. And history becomes a “heterogeneous series of independent acts. It is serial and temporal, but not spatial.”

There is a sentence in Borges that I liked a lot, “Tlön may be a labyrinth, but it is a labyrinth plotted by men, a labyrinth destined to be deciphered by men.” We are constantly creating a Tlön, living in it, and deciphering it.”[7]

Klimt described the painting as follows: “On the left a group of figures, the beginning of life, fruition, decay. On the right, the globe as mystery. Emerging below, a figure of light: knowledge.” Klimt presented a dreamlike mass of humanity, referring to a “vicious void.” This is closely connected to what I have experienced: how the boundary between experience and imaginations are blurred. Reality are created by putting imaginations, ideas, thoughts, or in other words, conceptual schemes into practice, while there are yet too many ideas and conceptual schemes that remain vague, unrecognized, not acknowledged by the broader master narrative, yet still influencing our experience in reality. And based on these experiences in reality, new conceptual schemes, new imaginations and new ideas are created. We are never living in a world that is not Tlön, we are living in between, while ideas are dominating over reality in Tlön, here we are living in a chaos where both reality and ideas are influencing each other. Such chaos and confusion is my take away from the painting Philosophy.