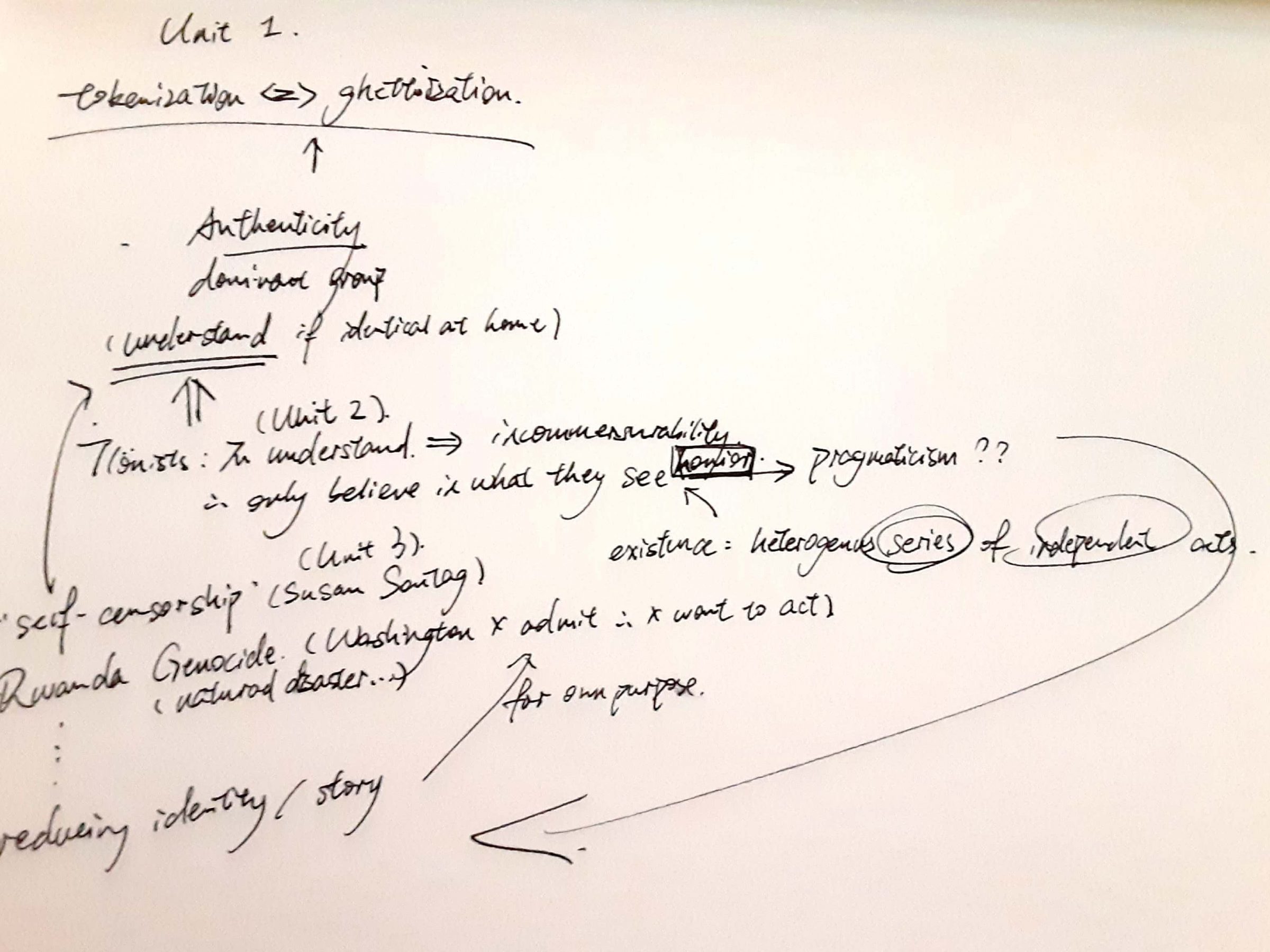 Reflection on Past Posts

The Power of the Gaze: Only Believe What You See

After going through the past posts, I found it ironic that I used to only believe what I see, supposing that whatever comes from other people carries their own misunderstanding. In fact, what I see is not the truth either, like what Louisa said during Sapere Aude, we look at the truth from different perspectives and together all information composes together a single truth.

This in a way explains the idealism of the Tlönists. They are idealists in the way that they only believe in what they see for themselves. The fact that they cannot comprehend how a coin is still the same coin even when it was lost explains an incommensurability between perspectives. And because they cannot incorporate information from different perspectives in a coherent whole, they might as well argue that the existence of an object is only a heterogeneous series of independent acts. We know that the idealism of the Tlönists are different from the ideals (or a different kind of idealism) of the pragmatists, but if you look from another perspective, they actually overlap each other. We never know what the truth is, because we never know how many perspectives should be included to create the Truth. Seeing a single existence as heterogenous series means breaking down aspects of the Truth. The idealism of Tlönists is the same as pragmaticism is that they choose what they can understand, what is the most applicable and usable.

And one shouldn’t be unfamiliar with how this idea applies to rea life. In unit 1 we talked about tokenization, ghettoization and how to reduce a single story under the carpet of authentic voices. We do exactly the same thing as the Tlönists and we may as well identity ourselves as pragmatists because we take in a story in a way that is understandable and usable at hand to us. This is also because of the incommensurability between ideas and perspectives. In the case of Eichmann, it is easier for us to believe that this enemy is simply a savage who kills, end of the story. In the case of Rwanda Genocide, Washington pretended that it wasn’t a genocide because Washington didn’t want to act, and Rwanda is widely accepted as a natural disaster. We are constantly applying self-censorship to ourselves, actively distancing ourselves from turmoil, blinding ourselves so that we feel at ease in our comfort zone.